From Whiston to Wembley: Gerrard led by example

Steven Gerrard, inspirational captain for club and country, is the third most-capped player for England. He scored 21 goals in his 114 appearances and featured in six major tournaments, three of them as skipper.

The Liverpool midfielder first pulled on an England shirt for the U16s four times in 1996, playing alongside Michael Owen, Wes Brown and Michael Ball. He was subsequently capped for the U18s and Under-21s before Kevin Keegan gave him his senior bow in a Wembley friendly against Ukraine on 31 May 2000. 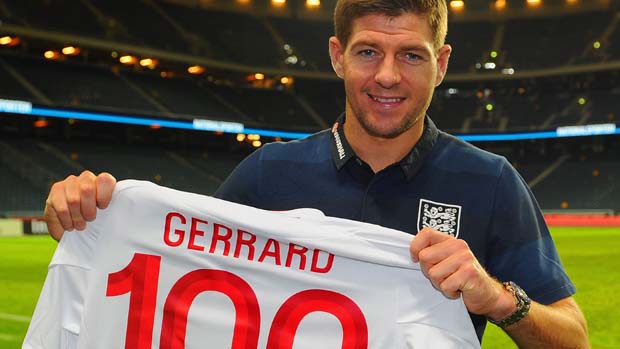 It was the day after his 20th birthday, as Anfield team-mate Robbie Fowler and Tony Adams scored in a 2-0 victory.

Gerrard impressed enough to be included in Keegan’s squad for the Euro 2000 Finals in Belgium and Holland, where he came on for Owen during the 1-0 win against Germany in England’s second group match in Charleroi. It was England’s first competitive victory over the Germans since the World Cup Final in 1966.

Gerrard then missed the 2002 World Cup in the Far East through injury but had contributed significantly in the qualifiers, the highlight being a superbly-struck goal in the 5-1 defeat of Germany in Munich.

A fully-fit Gerrard was an ever-present in the Euro 2004 Finals in Portugal, scoring in the 3-0 win against Switzerland in Coimbra, and by that time he had worn the captain’s armband for the first time. Sven-Goran Eriksson gave him that honour for a friendly in Sweden on 31 March 2004, England losing to the only goal scored in Gothenburg.

He was regular in the side as qualification for the next World Cup in Germany in 2006 was secured and established himself as a world-class player with two goals in his five appearances. He curled in a brilliant left-footer to clinch victory over Trinidad & Tobago in Nuremberg and headed powerfully home in the 2-2 draw with Sweden in Cologne. 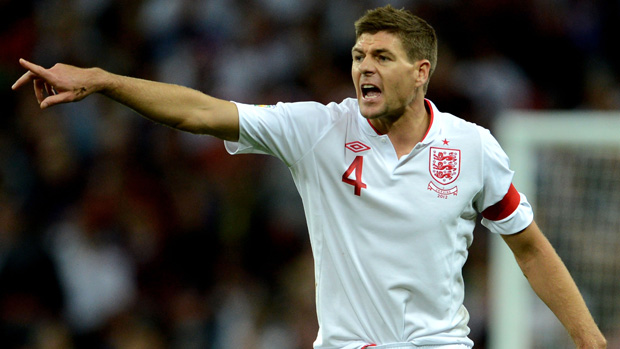 Gerrard in action for the Three Lions during Euro 2012

England missed out on the Euro Finals of 2008 but qualified in fine style for the World Cup two years later. Gerrard scored twice in the crucial 5-1 qualifying win against Croatia at Wembley and Fabio Capello made him captain for the tournament in South Africa. He put a confident England side ahead just four minutes into their opening fixture with USA but it finished in a 1-1 draw and England were subsequently eliminated by Germany in the Second Round.

The following season began with Gerrard as skipper again and he notched two goals in the first match, a 2-1 win against Hungary in a Wembley friendly, before helping England to make an encouraging start to their qualifying campaign for the Euro 2012 Finals in Ukraine and Poland.

Gerrard was England’s captain for those Finals – and for the 2014 World Cup in Brazil – and his total of 38 matches with the armband placed him fifth in the all-time list behind Bobby Moore, Billy Wright, Bryan Robson and David Beckham. 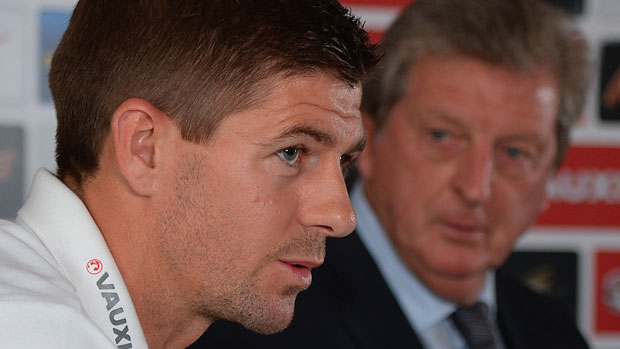 'Fans have been fantastic'

'Fans have been fantastic'